Viewing most recent comments · Previous page · First page
GoopyApple201 days ago
great game, really enjoyed the atmosphere in this one it got me a couple times, half the time i didn't have a clue what was going on in till the build up of the reveal of why we are there, i thought that was brilliant great game! gameplay above if you enjoy be sure to live and hit that sub button
Reply
MrConqueror200 days ago

Glad you enjoyed it mate ☺️

This got me good quite a few times! I like that I'm kind of left trying to figure out what the story is! Such a good job!

Thank you for your kind words 😊

Really good job for your first game! I liked the story and the sounds. And the scare got me good! I enjoyed playing it! (:

Glad you enjoyed it 👍

Reply
I AM PUPPY FLOPPY201 days ago

Helluva game...PERIOD (Game starts at 07:45 for anyone looking for just this gameplay in particular)

You have great instincts for horror/atmosphere and I really hope you keep refining your craft. Impressed is an understatement

You sir have earned my follow and I can't wait to see what else you have in store for us!

Keep up the great work

What an honest review 👍 I really appreciate it ☺️

Reply
Rhys Sanders201 days ago
Played at 08:43. Dark game! I enjoyed it, the massive faces were terrifying.

Check out my video.

Thank you a lot friend ☺️

Very impressive for a first game, only had one suggestion which I think will help alot, since I think alot of people missed some of the story especially at the end! Otherwise very well done and look forward to seeing more from you!

why do people always post a video of themselves playing the game on itch.io? It’s confusing cause I’m pretty sure the developer knows what the game looks like, and I wouldn’t really watch your video either cause then there’s no point in me coming to this site to download games in the first place. It looks like everyone is just trying to cash in on views at the expense of the developers comment section….and it’s on EVERY game. Am I missing something? Is there another reason?

Yes, there is. Its the same reasons new and growing developers put games on Itchio and GameJolt. They can get feed back on what people think of the game, can get and see if there are bugs, and its FREE exposure for the game and the game developer.

If you don't wanna watch, then so be it. But many others do. When a game is being played and uploaded by alot of people, the more people see it that might have not seen it. Plus it helps people find creators they might like, who might show them even MORE games.

So look at it this way, it not just uploading a gameplay to itchio.. its then featuring that gameplay to others who follow you or watch your content from other games you have played. Hence the reason why you see it on every game. It content creators and devs working to promote and grow together. It doesn't just work one way.

Thanks friend! Glad you enjoyed it 👍

For a first game, this is really good! Loved that you put time into a storyline, and the head was very spooky!

Thank you mate for the kind words!

Good job for your first game! I really enjoyed the experience ! The game is second and starts at 6:33

I really appreciate it 😊

Loved this one, looking forward to what you bring next :)

Thank you so much mate! Really appreciate your comments!

Good job! I like the sound effects in this game.

Glad you enjoyed it! Stick around until my next project!

Thats was a great game i enjoyed it Good jop

Thank you, I really appreciate it!

Reply
fawaffle_youtube203 days ago
this was a really dope game. It kinda reminded me of scp-087 with the way the face was. But genuinely scared the crap out of me. I upload daily content like this so maybe subscribe.
Reply
MrConqueror203 days ago

Thanks a lot mate for the kind words! Stay tuned for my next more polished and large-scale project coming up!

I really loved the text appearing on floors and walls. It made it a much more dramatic experience. As the protagonist, we stumble onward from one puzzle to the next, or do we...?

Well done and kudos to all involved. Had a great time playing this game.

Mate, your words are kindly appreciated! Stay tuned for my next bigger project I am currently working in!

Much appreciated mate! Stay tuned for my next horror game!

I liked it, pretty spooky and unsettling. Great job, especially for a first game.

Thank you so much, mate! Stay tuned for my next horror game!

Woah, the first couple minutes in and I'm already terrified! You did an amazing job on the game, it gives a really good atmosphere for new players! Amazing job, that's all I can say!

Thank you for your kind words mate! Stay tuned for my next bigger project 😉

Thank you mate 😌 even though this video isn't loading...

Reply
TheTacoLegend204 days ago
Loved it! VERY impressive for being your first game!
Reply
MrConqueror204 days ago

Short but not bad for being your first game. Made a video on it.

Thanks man!👍 I am working in a new bigger project now! Stay tuned for that!

The fact that nothing was fully explained is one of the strongest points of this, anything that leaves you with something to think about it always great! A really good first horror game! (This is the fourth game on the video)

Thank you man for the comment and the video! Stay tuned for my next bigger project!

Man, the game is good. Can I download the experience now

Thank you man really appreciate it 😊

Thank you mate! Make sure to stay tuned for my next bigger project ☺️

Bro this Game was incredible! Huge shout out to you.

Thanks man! I am working on a new 30+ minute horror game now! Stay tuned for it 👍

Lovely gameplay 👍 I appreciate your support! Stay tuned for my next project!

What a creepy environment. Pretty good short game. I have played it on my channel.

Thank you for the support! Great gameplay 👍 Stay tuned for my next bigger project!

Thank you mate for the review 👍 Stay tuned for my next bigger project!

This was pretty good for a short indie game. It had some creepy atmosphere, left me curious and lasted as long as it needed to.

Thanks mate for the support 😊 your gameplay was great! Next project will be even better and more atmospheric and probably 20-30 minutes+! Glad you enjoyed it 👍

Not bad for your second game. It showed a good evolution in terms of learning. I can't wait for your new project. congratulations man.

Much appreciated mate! Next project is going to be 20-30+ minutes definitely, now that I know I am capable! Hope you enjoyed 👍

Thanks mate ☺️ Love the support 😊

Thank you for the feedback mate! Definitely, more game will come oute!

Reply
mine208 days ago

I don't see a reason in not leaving feedback for this game. Short but it really shows the effort and care put into it, that's something we should appreciate. The feelings this game meant to pass onto the players were a successful transaction (for me at least), and that is something every creator should be proud of, whether they're a book writer, an artist or a game creator. I'll be waiting for more!

This was a truly honest comment! Thank you for the support! The future is never too far away! 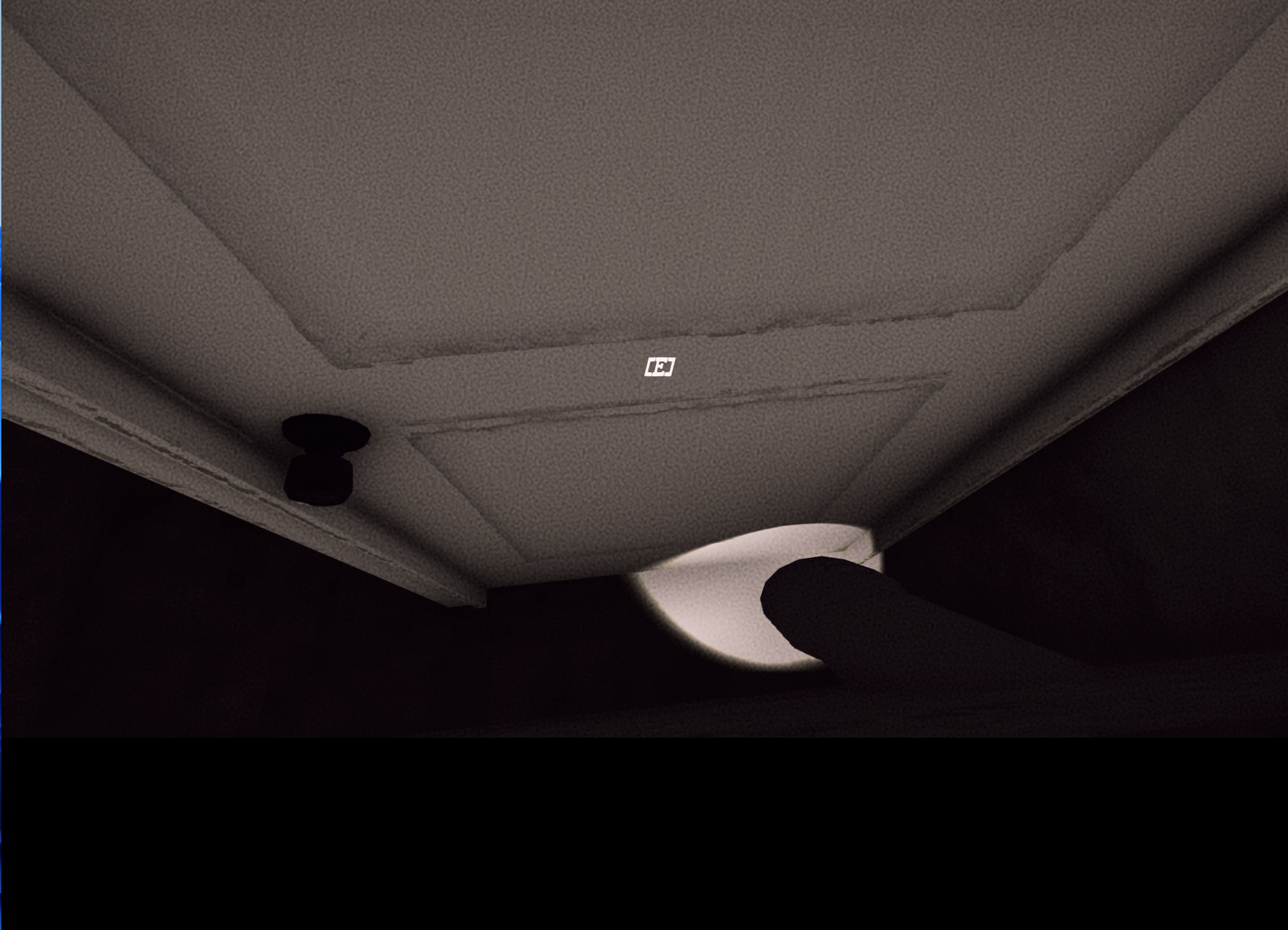 Just fixed the bug mate and some other ones! I uploaded it!

Well-made short game! I had thought something would jump out and get me. I feel there's a deeper meaning in this game. Well done.

Thanks my friend for the support 😊 It does have a secret meaning!! Something jumped at you.. you were just looking the other way...

Hello friend, I really liked your game, I want you to subscribe to

my channel and support me, greetings...
Reply
MrConqueror208 days ago (1 edit)

Thank you mate! Glad you enjoyed it! 👍

Thank you mate! Hope you enjoyed it 👍I will fix the bugs and make this game complete tomorrow! Thanks again!

this has some potential

Thank you mate for the support!!